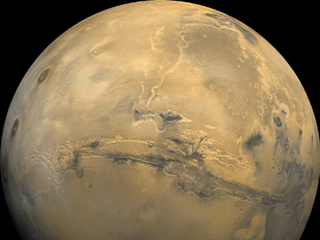 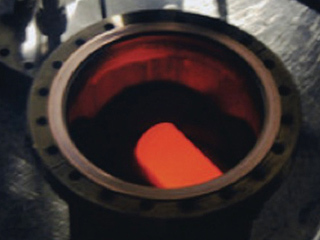 One fundamental requirement for a space mission is a reliable source of sufficient electrical power. Planetary exploration spacecraft and their electrical power sources must be built to withstand extremes in temperature, radiation, pressure and dust that would quickly disable or destroy most hardware and software on Earth. In addition, these spacecraft often must function continuously in such environments, sometimes for many years, to accomplish their goals.

For certain missions to the moon and destinations beyond that offer sufficient sunlight and natural heat, solar power is an excellent choice. However, several proposed NASA missions given top priority by the scientific community would visit some of the harshest, darkest, and coldest locations in the solar system; many of these missions would not be possible or would be extremely limited without the use of Radioisotope Power Systems (RPS).​

Produced through a partnership between NASA and the Department of Energy (DOE), RPS use the heat produced from the natural decay of the radioisotope plutonium-238 to generate electricity for powering spacecraft. RPS can also be used to provide heat to keep spacecraft components and systems warm. In a traditional Radioisotope Thermoelectric Generator (such as the Multi Mission Radioisotope Thermoelectric Generator [MMRTG] in use by the Curiosity Mars rover), a temperature difference across the junction of two different metals generates the electricity. In a new design of RPS under development called an Advanced Stirling Radioisotope Generator, the radioisotope heat is used to drive a piston that moves back and forth more than​ 100 times per second to generate an electrical current via a linear alternator.

Regardless of the power source, mission success is the driving force behind all of NASA’s engineering decisions. At every stage, this drive for success is grounded in planning for the safety of the general public and project personnel, which guides NASA’s use of RPS from start to finish.

Like a steady campfire that warms intrepid hikers in a remote forest, radioisotope heater units (RHUs) help bring dependable heat to wherever it’s needed for missions bound for the coldest corners ...

Radioisotope Power Systems: The Power to Explore
Ensuring the safety of launch-site workers and the general public in the communities surrounding the launch area is the primary consideration in this planning.

Mars Science Laboratory Launch Contingency Planning
From the numerous broad concepts for RTGs that were studied, three system design concepts for a Next-Generation RTG were recommended for further study and optimization: a Segmented-Modular RTG (SMR...

Dynamic Radioisotope Power Systems
Plutonium-238 is a special material that emits steady heat due to its natural radioactive decay.

What is Plutonium-238?
Radioisotope Power Systems (RPS) are long-lived sources of spacecraft electrical power and heating that are rugged, compact, highly reliable, and relatively insensitive to radiation and other effec...

Radioisotope Power Systems: Mission Need
For archival use: An ASRG produces electricity by a triple energy transformation: it first turns the thermal energy from the hot radioisotope fuel into the high-speed kinetic motion of a small pist...

Radioisotope Power and Heating for Mars Surface Exploration
The objective of this study1 is to discuss a sustainable strategy and present findings for the provisioning of safe, reliable, and affordable nuclear power systems that enable NASA missions.

Next-Generation Radioisotope Thermoelectric Generator Presentation
There are no gas stations or power outlets in space. That's why NASA's Curiosity rover on Mars—and some other NASA spacecraft that explore the solar system—use something called "radioisotope power."

Spacecraft Power
This Sources Sought Notice seeks capabilities, innovative ideas for new system development, fiscal estimates, and potential collaboration that could lead to an industry/Government contract for development of a Dynamic Radioisotope Power System (DRPS) for use on the moon with desired extensibility to other solar system destinations.

Fueling of NASA's Mars 2020 Rover Power System Begins
NASA has announced that our next destination in the solar system is the unique, richly organic world Titan.

NASA's Dragonfly Will Fly Around Titan Looking for Origins, Signs of Life
Oak Ridge National Laboratory scientists have automated part of the process of producing plutonium-238, which is used by NASA to fuel deep space exploration.